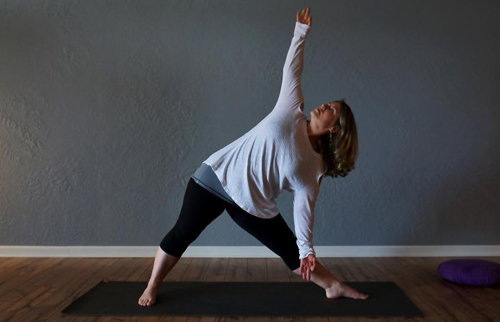 Back in 2013, I remember reading an article detailing how a 94 year old senior was keeping herself stress-free, positive and physically healthy simply by practicing yoga.

At the time, I must admit that my first thoughts were that this was just a lie to hype up yoga and make more people buy into it. However, after hours of researching and skimming through different pieces of information, I came to a conclusion that I would start practicing yoga.

I also made a commitment to enroll my mother, who is way past her 50’s, in yoga classes too. It is now more than three years since we both started yoga classes and I must admit we have both reaped some benefits.

This time, however, the focus is on how yoga has helped my mother cope with the physical and mental changes of life past the age of 50.

1. Coping With Back Problems

My mom always complained about back pain. However, since she started practicing yoga, the complaints have significantly reduced.

Poses such as the cat pose, child’s pose, and the cow pose is especially good for exercising the spine and releasing unwanted tension and pain in the back. Interestingly, soon after my mother started practicing yoga, she cut back on back pain medication.

Numerous studies are showing the benefits of yoga in relieving back pain and improving spinal health. Of particular interest to me was a study by the University Of California School Of Medicine in which 21 people over 60 years old and with rounded backs started bi-weekly yoga classes. 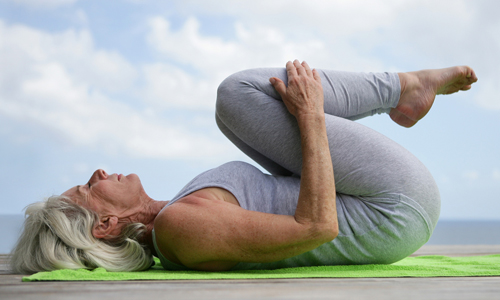 By the end of the study, the curvatures on their backs were reduced by 6%. Subsequently, the participants also reported better walking speeds and even greater balance.

The risk of stress and hypertension grow more as people grow older. Research has established that older people are likely to have more problems with stress and high blood pressure.

My mom was no exception; as a matter of fact, she was on regular medication for hypertension when I enrolled her into yoga.

Now the breathing exercises, the meditation, and the specialized poses are a great source of relief for her. She has become a happy person and her blood pressure is also easily manageable which means that she needs less medication.

Luckily, my mother has none of these conditions, and according to research, yoga has greatly facilitated this. A study of seniors averaging 68 years revealed that after two years of yoga, those practicing yoga gained bone while the opposite was true for those not practicing yoga.

Some studies have also established that yoga is quite instrumental in mitigating the risk of osteoporosis. The best exercises for promoting bone health include twisting poses and stretches.

Yoga is all about determination and concentration. It is also about wholesome health rather than just getting instant satisfaction.

This means that for people practicing yoga, overall health (both physical and mental) comes first before satisfaction. This ancient exercise is extremely useful in building the strength of muscles.

Toning down unwanted fat and subsequently, cutting down on the excess weight. In fact, research shows that yoga is potentially more effective than walking when it comes to shedding unwanted weight.

Ever since my mother started practicing yoga, she claims that she sleeps better and for longer too. In my view, this is likely due to less stress and more relaxed muscles. 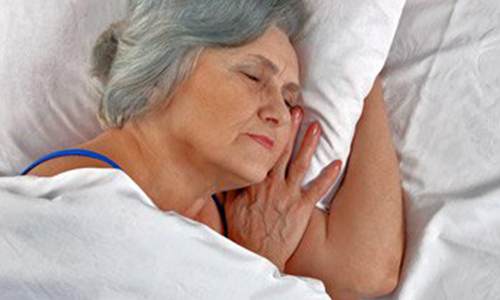 Research suggests that as many as 55% of people practicing yoga claim that it helps them sleep better. Every night before sleeping, my mother often engages in a routine involving breathing exercises and poses such as the child’s pose, legs-up-the-wall pose (also known as upside-down relaxation pose) and the corpse pose.

All these are quite effective in releasing tension and facilitating calmness and relaxed breathing.

6. Increased Feelings of Positivism and Acceptance

Old age often has some unpleasant surprises one of which is an increased sense of imperfection and unattractiveness. This problem affects a lot of people especially those who are no longer able to perform simple tasks without help.

Seniors who practice yoga, however, are likely to have more positive perceptions of their bodies and the changes that have occurred in their lives.

Yoga is an exercise based on releasing negative energy and replacing it with positive energy. My mother often tells me that yoga has helped her understand and appreciate her body even more.

Self-confidence is also likely to rise due to less stress and anxiety. Even doing poses more effortlessly can go a long way in boosting self-esteem and enhancing positivism.

My mother also notes that through meditation, yoga has helped her appreciate even the smallest positives in her life rather than grieve over negative events such as old age and loss of independence.

7. Yoga Boosts the Sharpness of the Brain

Despite the old age of my mother, she still manages to do most of her daily chores by herself. Sometimes she even jokes that she will take care of me even when I am past 50 years old.

While I doubt the practicality of that assertion, I do not doubt that yoga has had a significant role to play in ensuring that my mother continues performing her day to day tasks just as effectively as she was.

As it happens, some studies have shown that the relaxation techniques in yoga boost brain function and even improve brain performance.

Experts say that this is because the breathing exercises help to synchronize the left and right sides of the brain. A sharper mind means a greater ability to perform daily tasks with greater attention.

In addition to that, yoga is also quite instrumental in improving memory for women over the age of 50.