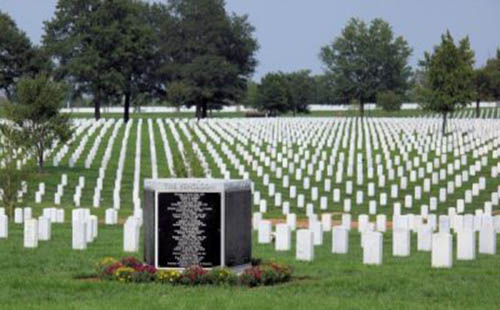 Something happens to people when tragedy strikes; some people break, others cower in fear, yet the majority of people who live through the tragedy are made stronger by it.

Such is the case for a large percentage of Americans in the aftermath of 9/11. During the collapse of the Twin Towers, we all felt as though our comfortable and safe world had come to an abrupt, cruel end. Especially those who lost loved ones in the attacks.

As an American, I feel as if all the lives lost on that fateful day were close loved ones to me. At the very least, we were kindred spirits, all minding our own business and living in the greatest country in the world.

The big question is, what is the long-term impact on us from a tragic event like this? Especially the families of the victims? And, is there a proper role for prescription drugs in dealing with the loss?

I often imagine how most people cope with such a huge, tragic event. And the worst part is the attacks on the Twin Towers did not mark the end of our sorrows. There were wars that followed. Wars that cost thousands of American lives as we fought to rid the world of the evil that would subjugate us to living in fear in our own homes.

How do most people cope when faced with harrowing loss?

I’m sure lots of families were prescribed Xanax or some other prescription fix to deal with anxiety attacks and PTSD. But drugs just gloss over the pain and only work for a short time. The wounds caused by this kind of tragedy run much deeper than any drug can erase.

As a mother of two children and a husband often gone, I deal with stress and pressure daily. Besides the normal pressures of life, I homeschool my kids, so there isn’t any ‘me’ time to speak of.

As an American who went through the same tragedy as every other, I can say that 9/11 was really difficult to deal with for me. You could argue whether this was justified or not. It doesn’t really matter why I became depressed and suffered from anxiety attacks due to this horrific event.

Of course, the American way has been to trudge on, hold our heads up high, and smile – but deep down inside, we all hurt a little every time we see a photo of someone we lost.

In these trying times, it would be understandable for anyone to get depressed, manic, suicidal even. That is why many of us use anti-depressants and anti-anxiety drugs. Prescription drugs are a ‘workable’ way to manage the pain, to keep our demons at bay and to bring a smile back to our faces every time we see the face of a lost loved one in the smile of our children.

Tranquilizers like Xanax can make a difference when it comes to coping with sad, tragic times. I used them myself (Xanax) to copy with 9-11.

The other option, going it alone, is often risky and can lead to deeper-seated unforeseen issues. At least with anti-anxiety drugs, you can free the brain up to learn how to manage your pain.

Gradually, you will become better at dealing with the pain and processing the hurt, and eventually, you’ll get off the meds. Not that you will ever be whole again, but at least, you will be able to face the world with a brave face.